The campaign highlights the importance of the first 1,000 days of a child's life from the mother's pregnancy until they reach 2 years of age.

WINDHOEK – – The United Nations World Food Programme (WFP) in collaboration with the World Health Organization (WHO) launched the 1000 Days Campaign to improve nutrition of children during the period from conception to 2 years. Against this backdrop to support the Government, the campaign has been implemented at Olukula Clinic, in Ohangwena Region on October 19th, 2022, and Tsumkwe Clinic, in Otjozondjupa Region on November 2nd 2022.

The objectives of the 1000 days campaign are to:

The campaign will also include a media plan (radio messages on the 1000 days in various languages, video clips, social media, and a television interview). As a starting point, over 500 community members attended the 1,000 Days Campaign at Olukula Clinic, Ohangwena Region.

“The first 1,000 days from conception to 2 years of age are pivotal in determining a child’s destiny. Inadequate nutrition in this window period can lead to stunting, causing irreversible damage to children’s bodies and brains. WFP through its human capital development approach thus advocates for adequate nutrition for pregnant and breastfeeding women as a protective mechanism against any complications.” said Dr George Fedha – WFP Country Director and Representative.

WHO support for the launch was provided through a grant from the Government of Japan. The WHO Representative in a statement delivered on his behalf highlighted some of the key messages of the campaign:

“The importance of pregnant women to eat healthy balanced diverse meal to prevent malnutrition, attend antenatal care starting as early as possible, and need for iron and folic acid tablets during pregnancy to prevent anaemia and birth defects; as well as the practice of exclusive breastfeeding for the first six months of life”, said Dr. Charles Sagoe-Moses, WHO Representative.

The launch of this joint programme is timely as it comes at a point when Otjozondjupa region recorded the largest percentage of children with severe acute malnutrition (9.5%)[1]. Under this initiative, Community Health Workers showed beneficiary mothers how to use locally available foods to prepare a variety of nutritious dishes.

“The Ministry of Health and Social Services Otjozondjupa Regional Health Directorate has been and is still enjoying a good friendship with the UN family including the World Food Program that has decided to reach out to our community in Tsumkwe constituency. Other UN Agencies in the likes of UNFPA, UNICEF, not to forget WHO and many others have been our pillars of support during the intense period of Covid 19 and still providing continuous support to strengthened health care services deliver to the region and country at large” said Mr Gebhardo Timotheus - Regional Health Director, Otjozondjupa Region.

Participants were mainly mothers and CHWs numbering about 1,200 attendees in total. This campaign will also include a media plan comprised of radio messages in various languages, 15 second video clips, recipe cards, and television interviews. 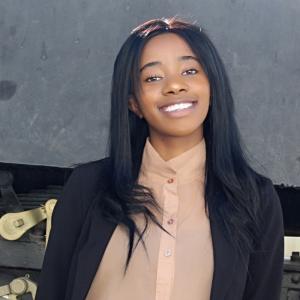