A significant proportion of the Namibian population – especially in rural areas depends, directly and indirectly, on land for their livelihoods.

The Food and Agriculture Organization of the United Nations (FAO) conducted a two-day training session for a select group of Members of Parliament (MPs) in the National Assembly (NA) and government officials on the Voluntary Guidelines on the Responsible Governance of Tenure of Land, Fisheries and Forests in the Context of National Food Security (VGGT).

Facilitated by land governance and tenure experts from FAO, the VGGT training was hosted under the theme “Responsible Governance of Land and Natural Resources for Food Security and Nutrition” and incorporated training on the African Union Declaration on Land Issues and Challenges and its Framework and Guidelines on Land Policy in Africa (F&G).

Tenure for food security
During the opening session of the training, the Speaker of the National Assembly, Professor Peter Katjavivi, whose remarks were delivered on his behalf by Honourable Agnes Kafula, highlighted the crucial role that the VGGT play in providing guidance to developing countries such as Namibia to improve the governance of tenure of land, fisheries and forests with the overarching goal of achieving food security and socio-economic development.

“Rural areas need to produce more to feed the growing urban population, especially in the face of climate change. It is for these reasons that our Second National Land Conference adopted resolutions to address rural and urban land reform challenges that emanate especially from our colonial past.”

In addressing these challenges, good land tenure governance is an essential element for the attainment of food security for all therefore the VGGT is of critical importance to Namibia as we chart our path whilst implementing our land reform programme,” he stressed.

The Speaker also noted that the training provides MPs with an opportunity to help develop their capacity to deliver on their legislative, budgetary and oversight roles that will be critical in ensuring the successful implementation of the 2018 Conference resolutions in accordance with international and regional standards for governance of tenure enshrined in the VGGT and F&G on Land Policy in Africa.

In the same vein, the Assistant FAO Representative in Namibia and Officer in Charge, Ferdinand Mwapopi, echoed the speaker’s sentiments and reiterated FAO’s role in promoting responsible governance of tenure with respect to all forms of tenure including public, private, communal, indigenous, customary, and informal.

“The governance of tenure is a crucial element in determining if and how people, communities and others are able to acquire rights, and associated duties, to use and control land, fisheries and forests... FAO stands ready to support Namibia’s Government in mainstreaming the VGGTs into policy, legal and institutional processes as contained in our current Country Programming Framework,” said Mwapopi.

Building capacity
Also speaking at the same training, Petrus Nangolo, the Acting Deputy Executive Director in the Ministry of Agriculture, Water and Land Reform (MAWLR) noted that the VGGT training is important to build lawmakers capacity to address issues related to governance of land tenure.

”As our democracy is maturing, several issues such as land governance become challenging with loopholes being identified and different ideas emerging on how land should have been administered properly, it is therefore very important that our lawmakers are capacitated to ensure that these issues are effectively addressed through the rule of law,” he stated.

The VGGT training of parliamentarians, the second of its kind facilitated in Namibia by FAO, primarily aimed to develop the capacity of newly appointed parliamentarians to deliver on their mandate for the responsible governance of tenure by creating an enabling environment to work towards the overall achievement of food security, improved nutrition, and the realization of the right to adequate food.

The training also aimed to create awareness among lawmakers and technical officials on key VGGT and F&G principles to be considered when land tenure governance laws, policies and strategies are developed or reviewed during the implementation phase of the Second National Land Conference Resolutions.

In total 29 participants, made up mostly of MPs from the Parliamentary Standing Committee on Natural Resources, Government officials from MAWLR and officials from FAO, received training on key themes such as promoting access to and ownership of productive resources through VGGT and F&G, governance of tenure for sustainable management of natural resources and food and nutrition security, responsible investment in land, and legislating for the responsible governance of tenure. 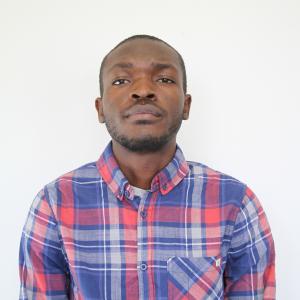