The COVID-19 pandemic is the latest crisis facing the world, but unless humans release their grip on nature, it won’t be the last, according to a new report by the United Nations Development Programme (UNDP) entitled “The Next Frontier: Human Development and the Anthropocene.”

This Human Development Report (HDR) 2020, lays out a stark choice for world leaders - take bold steps to reduce the immense pressure that is being exerted on the environment and the natural world, or humanity’s progress will stall. The publication of the 2020 HDR 2020 GHDR marks 30 years of Human Development Reports by UNDP.  It refreshes the construct of human development (HD) for a new geologic era and focuses on how HD can be expanded in balance with the planet. The 2020 report includes a new experimental index on human progress that takes into account countries’ carbon emissions and material footprint.

“Humans wield more power over the planet than ever before. In the wake of COVID-19, record-breaking temperatures, and spiralling inequality, it is time to use that power to redefine what we mean by progress, where our carbon and consumption footprints are no longer hidden,” said Achim Steiner, UNDP Administrator.

The report argues that as people and planet enter an entirely new geological epoch, the Anthropocene or the Age of Humans, it is time for all countries to redesign their paths to progress by fully accounting for the dangerous pressures humans put on the planet, and dismantle the gross imbalances of power and opportunity that prevent change.

The Human Development Report 2020 shows that, inequalities within and between countries, with deep roots in colonialism and racism, mean that people who have more capture the benefits of nature and export the costs. This chokes opportunities for people who have less and minimizes their ability to do anything about it.

According to the report’s accompanying Human Development Index (HDI), Africa has experienced one of the most significant improvements in human development. Namibia’s HDI value for 2019 is 0.646, which puts the country in the medium human development category, positioning it at 130 out of 189 countries and territories. From Sub-Saharan Africa, Namibia is compared with Botswana and South Africa, which have HDIs ranked 100 and 114 in 2019, respectively.

Although Namibia’s Inequality-adjusted HDI for 2019 is 0.646, when the value is discounted for inequality, the HDI falls to 0.418, a loss of 35.3% due to inequality in the distribution of the HDI dimension indices. And the Human inequality coefficient for Namibia is equal to 33.6 %. In comparison, South Africa shows a loss due to inequality of 34.0 %. The average loss due to inequality for medium HDI countries is 26.3 % and for Sub-Saharan Africa it is 30.5%.

The Namibia National Human Development Report (NNHDR) 2019 titled, “Addressing Inequality and Disparities: Towards a New Dignified Life for All Namibians”, introduces a multidimensional lens to analysing the drivers of inequality in Namibia. The report confirms that Inequalities exist in Namibia in terms of income, wealth distribution and the available opportunities, between women and men, urban and rural areas, and different groups within the population. When individuals do not have the same opportunities as others, they are hindered from achieving individual goals and reaching their full potential. The historical biases that have skewed the provision of opportunities have negatively affected various segments of society.

It notes that there is an unequal distribution of income within the Namibian population, despite the country’s classification as an Upper – Middle-Income economy.

The NNHDR found that, 65.5% of labour force in Namibia are in employment, while only 14% of the Namibian population earn a monthly wage income in excess of N$1353 – the minimum wage of private households as per Labour Commissioner And Domestic Workers Union Agreement 2017.

Further disparities in access to land or housing pose a major challenge; while women remain at a disadvantage in income, health, and protection. Moreover, education disparities in Namibia are defined by the urban/rural divide, regional variations, and income/wealth differences.

Women and men in urban areas (96% and 95%, respectively) are more likely to be literate than those in rural areas (90% and 85%, respectively).17.9% of households in Namibia have to travel a distance longer than 10 kilometres to the nearest health facility. Of those living in rural areas, 36.5% lived more than 10 kilometres from the nearest health facility.

Towards a new dignified life for all: An agenda to reduce inequalities in Namibia

This report draws conclusions from the trends and status of inequality in its multiple dimensions in Namibia, and proposes the following recommendations:

•Structural economic transformation and an efficient and effective financing mechanism;

•Integrated gender-responsive policies and programmes, as well as an effective and efficient social protection system for all;

•Investment in better research and development, measurement, and data collection and analysis, to deepen the understanding of inequality in Namibia.

In Namibia, the launch of both reports will take place on Wednesday, 24 February 2021 at the United Nations House in Windhoek.

To learn more about the Human Development report 2020 and UNDP’s analysis on the experimental Planetary Pressure-Adjusted HDI, visit http://hdr.undp.org/en/2020-report 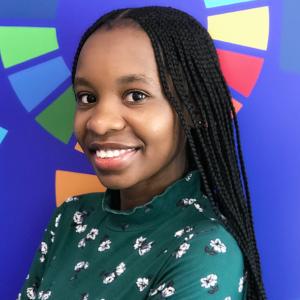